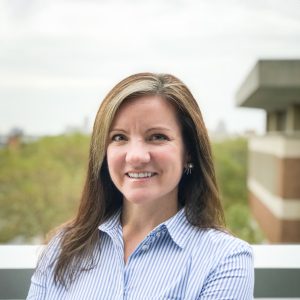 Dr. Friesen joined the faculty of IUPUI’s Department of Political Science in 2012 and was promoted, with tenure, to Associate Professor in 2017. Her research agenda focuses on exploring the origins of orientations with the following main objectives: (1) advancing an understanding of the human condition, i.e., how individual differences impact beliefs and behaviors; (2) examining the influence of biology (behavioral genetics and physiology) and the environment on the interaction between identity (gender, religiosity), dispositions (personality) and political orientations; and (3) integrating theories, methods, and technologies from social and biological sciences to bridge the disciplinary silos that sometimes inhibit the advancement of science and knowledge. As part of the CSR&AC, Dr. Friesen’s study of individual-level behaviors and orientations contributes to the pursuit of knowing how people approach religion and politics within the context of American culture. She has published more than a dozen peer-reviewed articles in journals, such as Political Behavior, Politics & Gender, Politics & Religion, Social Science Quarterly, and the International Journal of Public Opinion Research and serves on the editorial board of Politics & Religion.