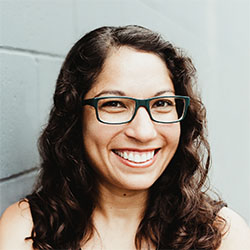 Andrea R. Jain (Ph.D Rice University) is Associate Professor of Religious Studies at IUPUI, Editor of the Journal of American Academy of Religion, and author of Selling Yoga: From Counterculture to Pop Culture (2014). Her areas of interest include contemporary spirituality and the history of modern yoga; the yoga industry’s relationship to neoliberalism, market capitalism, and consumer culture; the intersections of gender, sexuality, and yoga; religion and politics in contemporary society; and methods and theories in the study of religion. She is a regular contributor to Religion Dispatches on topics related to yoga in contemporary culture and Co-Chair of the Yoga in Theory and Practice Group of the American Academy of Religion.