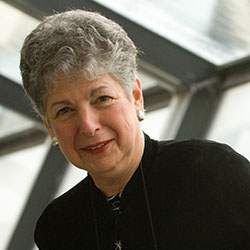 Sheila Suess Kennedy (J.D. McKinney School of Law, IUPUI) is Professor of Law and Public Policy and founder of the Center for Civic Literacy at IUPUI. She is the author of eight books, including “What’s a Nice Republican Girl Like Me Doing at the ACLU?”; “Charitable Choice at Work: Faith-Based Jobs Programs in the States” (with Wolfgang Bielefield); “God and Country: America in Red and Blue”; “Distrust, American Style: Diversity and the Crisis of Public Confidence”; and “Talking Politics: What You Need to Know Before You Open Your Mouth.” Sheila has published numerous book chapters and articles in scholarly journals and law reviews. She was previously a columnist for the Indianapolis Star, and continues to write regular columns for the Indianapolis Business Journal. Professor Kennedy blogs daily at www.sheilakennedy.net, and is a frequent public speaker and contributor to other blogs and periodicals.