It’s October, the time of year when Americans celebrate Halloween and indulge their fascination with all things haunted, hideous, and horrifying. And what’s a common theme in the monster movies and spirit possession thrillers that are so popular this time of year? Religion! Whether we’re reading novels by Stephen King, revisiting classic films likeThe Exorcist, or watching new television shows like Midnight Mass, religion is everywhere in the horror genre. It’s the source of inspiration for many of the characters, plots, and imagery that make horror so compelling. At the same time, many Americans learn about religious people, ideas, and practices through horror. Join us for a thought-provoking discussion with an interdisciplinary panel of experts who will help us understand the enduring power of religion and horror in American popular culture. 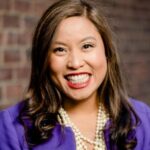 Melissa Borja is Assistant Professor in the Department of American Culture and core faculty member in the Asian/Pacific Islander American Studies Program at University of Michigan. Her book Follow the New Way: Hmong Refugee Resettlement and Practice of American Religious Pluralism (Harvard) is forthcoming. 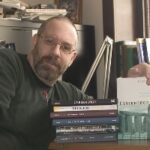 Douglas E. Cowan, Professor of Religious Studies and Social Development at the University of Waterloo

Douglas Cowan specializes in religion and film, television, and popular culture. His more recent works include Sacred Terror: Religion and Horror on the Silver Screen (Baylor), Sacred Space: The Quest for Transcendence in Science Fiction Film and Television (Baylor), America’s Dark Theologian: The Religious Imagination of Stephen King (NYUP), and Magic, Monsters, and Make-Believe Heroes: How Myth and Religion Shape Fantasy Culture (California University Press) . For many years he was a co-general editor of the premier journal of new religions study, Nova Religio, and chair of the New Religious Movements Group of the American Academy of Religion. He is a former Director of the Joint Laurier-Waterloo PhD Program in Religious Studies. 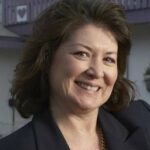 Erika Engstrom, Director of the University of Kentucky School of Journalism and Media

A nationally known gender and media scholar, Erika Engstrom holds extensive administrative experience, having previously served as the associate dean of the multidisciplinary Greenspun College of Urban Affairs and as acting general manager of the campus radio station, KUNV-FM, at the University of Nevada, Las Vegas. Areas of academic administrative expertise include enrollment management, event coordination, scholarships, and faculty development. She has published books and articles on the portrayal of gender, weddings, and religion in mass media including the book Television, Religion, and Supernatural: Hunting Monsters, Finding Gods (Rowman & Littlefield).

W. Scott Poole, Professor of History at the College of Charleston

W. Scott Poole is the author or co-author of nine books, including Monsters in America: Our Historical Obsession with the Hideous and the Haunting (2011; revised edition 2018) that won the John Cawelti award for best textbook dealing with popular culture. He is a Bram Stoker Award nominee for his 2016 biography of H.P. Lovecraft, In the Mountains of Madness. His most recent book is Wasteland: The Great War and the Origins of Modern Horror (2018) looks at the lives of directors, artists, and writers who collectively created the culture of contemporary horror.  Wasteland was chosen for “notable book” lists by The New York Post, The Toronto Free Star, and the Indie Booksellers“Indie Next” list. Poole’s work has appeared in the Washington Post, PopMatters, Jacobin, and People’s World,as well as in academic essay collections including, most recently, The Oxford Handbook of Edgar Allan Poe (2019). He tweets about horror and history @monstersamerica.