Religion and religious freedom are often key themes before the Supreme Court. A 2021 New York Times article went as far as to claim “An Extraordinary Winning Streak for Religion at the Supreme Court.” Both the current docket and the faith traditions of the sitting justices have ignited a series of questions around the issues of disestablishment, free exercise, and the ways race, class, and gender identity interact with each of these bedrock American principles. For instance, does the Supreme Court’s protection of religious freedom undermine equality before the law? Does this protection go beyond what even the Founders intended? Panelists will discuss the justices’ understanding of religion, the ways religion is changing in America, and the impact of these combined variables on American life. How can new scholarship about religion, race, gender identity, and jurisprudence help us interrogate the current moment? How can scholars in these fields help us understand the inflection points that define the relationship between Supreme Court decisions and our shared future? Join humanities and legal scholars for a conversation at the intersection of religion, equality, and the Supreme Court. 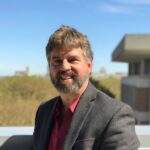 Arthur E. Farnsley, Senior Research Fellow, The Center for the Study of Religion and American Culture

Arthur E. Farnsley is Senior Research Fellow of the Center, Research Director for Religion and Urban Culture 2.0 and data evangelist for the Association of Religion Data Archives. He served as Executive Officer of the Society for the Scientific Study of Religion (SSSR) from 2007-2016. An expert in American religion and civil society, his books include The Bible in American Life (Oxford University Press, 2017), Flea Market Jesus (Cascade Books, 2012); Sacred Circles, Public Squares: The Multicentering of American Religion (Indiana University Press, 2005); Rising Expectations: Urban Congregations, Welfare Reform, and Civic Life (Indiana University, 2003); and Southern Baptist Politics: Authority and Power in the Restructuring of an American Denomination (Pennsylvania State University, 1994). His articles have appeared on the cover of both Christian Century and Christianity Today magazines. 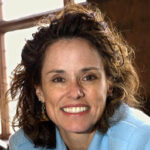 Sally Gordon is well known for her work on religion in American public life and the law of church and state, especially for the ways that religious liberty developed over the course of American national history. She is a frequent commentator in news media on the constitutional law of religion and debates about religious freedom.  Her current book project is Freedom’s Holy Light: Disestablishment in America, 1776-1876, about the historical relationship between religion, politics, and law. Her first book, The Mormon Question: Polygamy and Constitutional Conflict in Nineteenth- Century America (Univ. of North Carolina, 2002), won the Mormon History Association’s and the Utah Historical Society’s best book awards in 2003. Her second book, The Spirit of the Law: Religious Voices and the Constitution in Modern America (Harvard, 2010), explores the world of church and state in the 20th century. 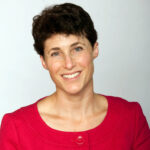 Beth Cate practiced law in the public and private sectors for 20 years. Her expertise includes intellectual property law, data privacy and security, administrative law, compliance and ethics, and constitutional law. With Fred H. Cate, she co-authored “The Supreme Court and Information Privacy” for Bulk Surveillance: Systematic Government Access to Private Sector Data, James X. Dempsey and Fred H. Cate eds. (Oxford Univ. Press 2018).  An earlier version of the chapter appeared as an article in the journal International Data Privacy Law.  They are currently working on a book about the Supreme Court’s privacy jurisprudence, and she is also working on an article addressing the future of student records privacy.  She has authored two entries in Springer’s Global Encyclopedia of Public Administration, Public Policy, and Governance, entitled “Constitutional Rights of Public Employees” and “Constitutional Intersection of Civil Liberty and Public Administration.” She also co-authored, with Andrea Need, “Correcting the System of Unequal Justice,” in Tavis Smiley’s 2016 book Covenant With Black America—Ten Years Later. 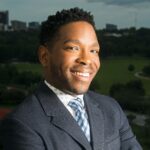 Fred Smith Jr. is associate professor at Emory University School of Law. He is a scholar of the federal judiciary, constitutional law, and local government. In 2019, he was named Emory Law’s Outstanding Professor of the Year. Smith clerked for Judge Myron Thompson of the Middle District of Alabama; Judge Barrington D. Parker Jr. of the United States Court of Appeals for the Second Circuit; and Justice Sonia Sotomayor of the United States Supreme Court. Prior to teaching, he also worked for Bondurant, Mixson & Elmore LLP in Atlanta. Smith’s research focuses on accountability, federal jurisdiction, and state sovereignty. His work has appeared, or will appear, in Columbia Law Review, Harvard Law Review, Michigan Law Review, New York University Law Review, Notre Dame Law Review, Stanford Law Review, Vanderbilt Law Review, among other academic journals.