Religion & the Politics of the Vote

On the first Monday of February 2022, the Supreme Court reinstated an Alabama congressional map that a lower court had argued diluted the power of Black voters and was a threat to equal representation for all communities.  These type of challenges, court cases, and state laws are on the rise and the question of the access to the franchise to all eligible voters has come under great scrutiny during the last couple of election cycles.  Who gets to vote? When do voters have opportunity and access to vote? How have and how do electoral maps shape policies, elections, and the future of the US democracy? What roles have religious organizations and emerging activists groups played in bolstering or challenging the dilution of voting rights/access across the country? There has been considerable scholarly and public attention given to the ways that religious institutions and ideologies have impacted and continue to impact the mobilization of voters and political activitsts across the country.  In this episode of Religion &, we will address the long history of the Voting Rights Act and voter suppression, the relationship of religious and civil rights organizations to this act, and how current communities and activists are deploying language, protest, and direct engagement in order to re-imagine and transform the possibilities of democratic participation. Join humanities and social science scholars for a conversation at the intersection of religion, voting rights, and competing visions of democracy. 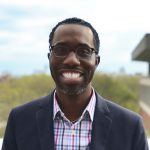 Joseph L. Tucker Edmonds is an Assistant Professor of Religious Studies and Africana Studies at Indiana University’s School of Liberal Arts at IUPUI and the Associate Director of the Center for the Study of Religion and American Culture. His research interests are black and womanist theologies, alternative Christianities in the black Atlantic, and the role of scripture in African and African American religious traditions. Joseph has received grants from the Wabash Center for Teaching and Learning, the Fund for Theological Education, and the Woodrow Wilson Foundation. His most recent scholarship has focused on the relationship between alternative Christian movements and the Black body with a recent article entitled “The Canonical Black Body: Alternative African American Religions and the Disruptive Politics of Sacrality” in the journal Religions. 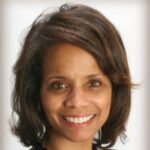 Leah Gunning Francis is the Vice President of Academic Affairs and Dean of the Faculty at Christian Theological Seminary. Her research interests include a focus on transformative education and reflect her commitment to the spiritual, emotional, and physical well-being of women, men and children, highlighted by her particular interest in underserved and minority communities. Dr. Gunning Francis has received numerous awards, including the Engaged Scholars Fellowship (2012) to study issues of risk among middle-class African American young men.  Other awards include the Candler School of Theology’s G. Ray Jordan award for excellence in integrating academic study with constructive leadership service and the Fund for Theological Education’s Doctoral Fellow Award.  She has also been featured in diverse media outlets including Keepin’ It Real with Al Sharpton, RELEVANT Magazine, and the PBS documentary The Talk: Race in America. Her most recent book is Faith after Ferguson: Resilient Leadership in Pursuit of Racial Justice (2021, Chalice Press). 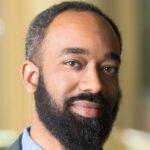 Besheer Mohamed is a senior researcher at Pew Research Center. He is an expert on the views, demographic profile and size of U.S. Muslim communities. He also has extensive experience with computational science, as well as developing best practices for quantitative data collection on small populations. Mohamed has appeared in numerous media outlets and regularly briefs policymakers, academics and other important stakeholders. He has also published in traditional academic publications through Oxford University Press and NYU Press, along with the American Sociological Association’s magazine, Contexts. He received his doctorate in sociology and master’s degree in Middle East Studies from the University of Chicago and a Bachelor of Science degree in engineering from Cornell University. 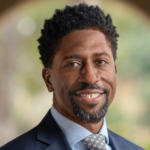 Martin is the author of the award-winning Preaching on Wax: The Phonograph and the Making of Modern African American Religion (New York University Press, 2014). The book received the 2015 first book award by the American Society of Church History. In support of his research, Martin has received a number of nationally recognized fellowships, including the National Endowment for the Humanities, The American Council of Learned Societies, The Institute for Citizens and Scholars (formerly The Woodrow Wilson National Fellowship Foundation), The Teagle Foundation, Templeton Religion Trust, the Louisville Institute for the Study of American Religion, and the Forum for Theological Exploration. Most recently, Martin became Co-Director of a $1 million grant from the Henry Luce Foundation to fund “The Crossroads Project,” a four-year, multi-institution project to advance public understanding of the history, politics, and cultures of African American religions.