Religious participation in conspiracy theories has received increased attention in both scholarship and public discourse lately. As a result, a number of key questions have emerged: Why are some worldviews described as conspiratorial when others are seen as rational, or at least unthreatening? Are conspiracy theories in the body politic a problem to be solved as well as a phenomenon to be understood? What are the material, social, intellectual, and class conditions under which conspiracy theories arise and are transformed? How can religious studies understand and influence public invocations of terms like “conspiracy,” “cult,” etc.? This panel discussion will examine these and other questions in light of what many argue is a recent intensification of the connection between religion and conspiracy theories, particularly in the United States. Join humanities and social science scholars for a conversation at the intersection of religion, the state, and conspiracy. 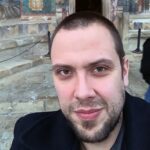 Robert Saler serves as Research Professor of Religion and Culture, Associate Dean for Evaluation, and Executive Director of the Center for Pastoral Excellence at Christian Theological Seminary (CTS) in Indianapolis. As part of that call, for the past eight years he has directed the Lilly Endowment Clergy Renewal Programs, which are administered by the seminary on behalf of the Endowment. Prior to coming to CTS he was pastor of Bethel Lutheran Church in Gary, IN and also taught at the Lutheran School of Theology at Chicago (from which he received his Ph.D. in 2011). His first book, Between Magisterium and Marketplace, deals with issues of ecclesiology and theological creativity, while his second book (Theologia Crucis) examines how the theology of the cross impacts global theological literature. He is also the author of All These Things Into Position: What Theology can Learn from Radiohead, Planning Sabbaticals: A Guide for Congregations and Their Pastors, and Sounding the Sacred: Arvo Part and Spirituality(co-edited with Peter Bouteneff and Jeffers Engelhardt). 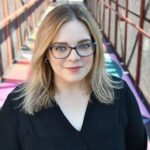 Sarah Riccardi-Swartz is Postdoctoral Fellow in the Recovering Truth: Religion, Journalism, and Democracy in a Post-Truth Era project at the Center for the Study of Religion and Conflict (Arizona State University). She has a Ph.D. in Sociocultural Anthropology from New York University. After completing an honors B.A. and M.A. in Religious Studies (American religions) at Missouri State University, she attended NYU to study and research religion and politics in the United States from an anthropological perspective. Along the way, she obtained a graduate certificate in Culture and Media (ethnographic filmmaking) and an M.Phil in Anthropology from NYU. Her research focuses on conservative politics, race, media worlds, exvangelicals, and Orthodox Christianity. 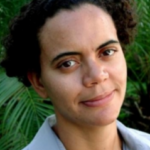 Candace Rondeaux, Professor of Practice at the School of Politics and Global Studies and Senior Fellow with the Center on the Future of War at Arizona State University

Candace Rondeaux is Professor of Practice at the School of Politics and Global Studies and Senior Fellow with the Center on the Future of War at Arizona State University. A veteran analyst of the conflict in South Asia and expert on U.S. and international security affairs, she has served as a strategic advisor to the U.S. Special Inspector General for Afghanistan Reconstruction and senior program officer at U.S. Institute of Peace where she launched the RESOLVE Network, a global research consortium on violent extremism. An expert on security sector reform, governance, and electoral politics in conflict settings, she spent five years living and working in South Asia where she served as South Asia bureau chief for The Washington Post and as senior analyst on Afghanistan for the International Crisis Group. Her research interests include the dynamics of sectarian violence, governance and political Islam in modern Muslim majority states, Soviet and post-Soviet affairs and post-conflict reconstruction. 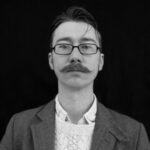 David Robertson, Lecturer in ReligiousStudies at The Open University; co-founder of the Religious Studies Project; co-editor of Implicit Religion