Given the year we’ve been through—the multiple types of losses and “sadnesses” people have struggled with—it is fitting that we consider the roles of religion in all of this. “Religion & Grief,” however, extends beyond the pandemic, and this discussion will explore the ways scholars of religion and American Studies are theorizing grief, death, suffering, and the rituals that attend to these moments. Have our understandings of grief changed or expanded in this current moment? Do new religious movements or the deeper engagement of groups (like the nones, women of color, victims of racialized or sexual violence) complicate our analysis and narration of grief? Is grief an adequately compelling and capacious term to address the loss and sadness that we theorize in our work?  Join humanities and social science scholars as they explore these questions and the larger relationships between religion, ritual, and various types of grief and loss. 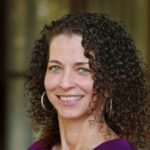 Dr. Cann’s research focuses on death and dying, and the impact of remembering (and forgetting) in shaping how lives are recalled, remembered and celebrated.  She examined this theme through martyrdom in her early scholarship. Dr. Cann’s first book, Virtual Afterlives: Grieving the Dead in the Twenty-first Century with the University Press of Kentucky (2014), centered on grief and memorialization in the contemporary world. She has also written various chapters and articles on digital death and grief. Her second book Dying to Eat: Cross Cultural Perspectives on Food, Death and the Afterlife (also with University Press of Kentucky, 2017) is an edited collection on the intersection of food in death and grief. Her third book, The Routledge Handbook of Death and Afterlife (Routledge, 2018), is an edited collection containing thirty chapters examining death and afterlife from around the world. Dr. Cann’s current projects are researching diversity in death, and the intersection of death and technology around the world. 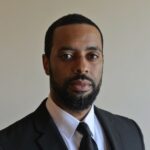 Dr. McCormack is Associate Professor and Director of Undergraduate Studies at the University of Louisville. His research interests include intersections of Black Religion and Cultural Studies; contested relationships between the prophetic tradition in Black religion, Black moral panic, and the cultural productions of the hip-hop generation; African American Religion and Religions of the African Diaspora. 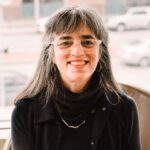 She currently chairs the Committee on Sexual Misconduct for the Association for Jewish Studies (AJS) and lead the task force that created and implemented the Society’s sexual misconduct policies and procedures. 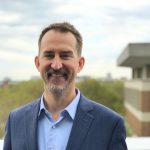 Brian Steensland is Professor and Chair of Sociology and Director of Social Science Research at the Center for the Study of Religion and American Culture at IUPUI. His research interests include religion, culture, politics, and civic life in contemporary America. His books include The New Evangelical Social Engagement (Oxford, 2014), co-edited with Philip Goff, and The Failed Welfare Revolution (Princeton, 2008), which won both the Mary Douglas Prize and the award for Distinguished Contribution to Scholarship in Political Sociology. He has published on topics including religious classification, American evangelicals and contemporary politics, mainline Protestantism and welfare reform, and Christianity and free-market economics. His co-authored article “The Measure of American Religion” (Social Forces, 2000) won the Best Article Award in the Sociology of Religion. His article “Cultural Categories and the American Welfare State” (American Journal of Sociology, 2006) won the Best Article Award in the Sociology of Culture.