2020 has been dominated by a variety of responses to the COVID-19 pandemic, from outright fear to blatant disregard to interventions sanctioned by local, state, and federal organizations.  With a vaccine on the horizon, scholars, public health officials and the greater public are asking how do we approach and communicate a thoughtful and ethical model for the distribution and safe implementation of a vaccine protocol.  In this panel, we will look at the history of pandemics and vaccine protocols; discuss the role that religious organizations and leaders played during  these historic moments; and outline the tools our fields offer to deal with the thorny ethical issues that emerge in the midst of surviving and responding during a global health crisis.  Join social science, medicine and humanities scholars for a conversation about Pandemics, Vaccines, and Public Policy. 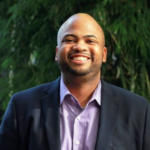 Ryon J. Cobb is a scholar of racial stratification in the United States. One line of his current research program operationalizes the idea that racial identification is a multidimensional social construct and assesses how self and observer assessed dimensions of this construct relate to biological and mortality risks. Findings from this line of his work suggest that observer assessed skin tone is a significant determinant of allostatic load and mortality risk among Blacks and in relation to Whites.

Several agencies within and outside the National Institutes of Health (NIH) recognize his accomplishments and promise as a researcher throughout doctoral and postdoctoral training.  Recently, he participated in a year-long NIH-funded training and mentoring program housed in the Langone Medical Center at New York University. Currently, he is engaging in intense research training and career development activities with members of his mentorship team that will culminate in the submission of a K01 application within the next year. 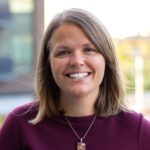 Philippa Koch’s main research interest is the history of religion in America, with a focus on colonial America and the Atlantic world. In her book project, Persistent Providence: Healing Body and Soul in Early America, she examines how Christian communities responded to sickness and epidemics in a context of ever-new medical and scientific developments. Philippa’s teaching on health and body brings this research to the modern world, and she enjoys exploring the connections between past and present and the continuing relevance of the themes of medicine, body, sexuality, and emotion in American religion. 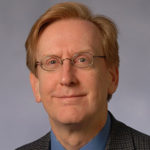 Richard Gunderman is Chancellor’s Professor of Radiology, Pediatrics, Medical Education, Philosophy, Liberal Arts, Philanthropy, and Medical Humanities and Health Studies at Indiana University. He received his A.B. summa cum laude from Wabash College, M.D. and Ph.D. (Committee on Social Thought) with honors from the University of Chicago, and M.P.H. from Indiana University. He was a Chancellor Scholar of the Federal Republic of Germany and received an honorary Doctorate of Humane Letters from Garrett Theological Seminary at Northwestern University. He is a nine-time recipient of the Indiana University Trustees Teaching Award, and in 2015 received the Indiana University School of Medicine’s inaugural Inspirational Educator Award. He was named the 2008 Outstanding Educator by the Radiological Society of North America, the 2011 American Roentgen Ray Society Berlin Scholar in Professionalism, and the 2012 Distinguished Educator of the American Roentgen Ray Society. In 2012, he received the Alpha Omega Alpha Robert J. Glaser Award for Teaching Excellence, the top teaching award from the Association of American Medical Colleges. In 2013, he was the Spinoza Professor at the University of Amsterdam. He serves on numerous boards, including the Kinsey Institute for the Study of Human Sexuality, Christian Theological Seminary, and Alpha Omega Alpha National Honor Medical Society. He is the author of over 470 articles and has published eight books, including We Make a Life by What We Give (Indiana University, 2008), Leadership in Healthcare (Springer, 2009), Achieving Excellence in Medical Education (2nd edition, Springer, 2011), X-ray Vision (Oxford University, 2013), Essential Radiology (3rd edition, Thieme, 2014), and Contagion: The Amazing Story of History’s Deadliest Diseases (Welbeck, 2021). He is also past president of the faculty at Indiana University School of Medicine and a correspondent for the Atlantic. 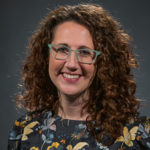 Krista Hoffmann-Longtin is an Assistant Professor of Communication Studies, and an Assistant Dean in the IU School of Medicine Office of Faculty Affairs and Professional Development. Her work focuses on faculty development, organizational/professional identity, and strategic communication in academic health settings. In the past, Krista has worked in advertising and radio. She earned a BA in Telecommunications from Ball State University, an MA in Communication and Creative Arts from Purdue University, and a PhD in Education Leadership and Policy Studies at Indiana University.