Religion & Teaching in the Public Sphere

As the modern university transforms and there continues to be a growing appetite for the history and engagement of religion and religious subcultures, scholars of religion and American culture have increasing opportunities to present their research to a broad public. For this episode, we will focus on teaching outside of the classroom and even beyond the typical venues for academics, with guests who write for broader publics, work on documentaries, create blogs, consult with businesses and policy makers, and use social media to instruct and engage. We will discuss the tasks involved in building and maintaining an audience; the opportunities and professional costs associated with translating scholarship to a more general audience; and the possibility of creating spaces where knowledge and knowledge production are democratically accessible. Join four engaged scholar-teachers as they discuss the ways their scholarship and teaching move beyond the university and impact broad segments of the public sphere. 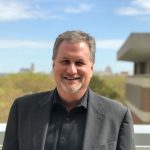 Philip Goff, Chancellor’s Professor of American Studies and Executive Director of the Center for the Study of Religion and American Culture at Indiana University-Purdue University Indianapolis

Philip Goff, Chancellor’s Professor of American Studies, has been the director of the Center for the Study of Religion and American Culture since 2000. An award-winning teacher, he has written about classroom textbooks and co-edited Themes in Religion and American Culture with Paul Harvey. Dedicated to public teaching, he has been a scriptwriter, consultant, and interviewee for documentaries related to religion in American life for PBS, BBC, and HBO. His most recent books are Civil Religion Today: Religion and the American Nation in the Twenty-First Century (NYU Press, 2021), edited with Rhys Williams and Raymond Haberski, and Religion and Philanthropy in the United States (Indiana University Press, 2022), edited with David P. King. 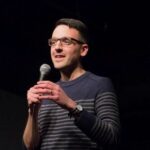 Andrew Ali Aghapour (he/him/his) is a scholar and comedian based in Durham, North Carolina. He is the Consulting Scholar of Religion and Science for the Religion in America Initiative at the National Museum of American History, and the co-author, with Peter Manseau, of the forthcoming Discovery and Revelation: Religion, Science, and Technology in America (Smithsonian Books, 2021). Andrew holds a Ph.D in religious studies from UNC Chapel Hill and an M.Phil in the history and philosophy of science from Cambridge University. He is the writer/performer of Zara, a one person show about immigration and the history of monotheism. Andrew was the co-founder, with Michael Schulson, of Religion Dispatches‘ The Cubit, and the managing editor, under Myrna Sheldon, of Harvard Divinity School’s Cosmologics. 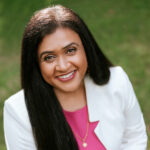 Khyati Y. Joshi (pronunciation) is a public intellectual whose social science research and community connections inform policy-makers, educators, and everyday people about race, religion, and immigration in 21st century America. She has lectured around the world and published ground-breaking scholarly and popular work in her field, while also serving as an advisor to policy-makers and a leader in the South Asian American community. Her most recent book is White Christian Privilege: The Illusion of Religious Equality in America (NYU Press, 2020). She is also the co-editor of Envisioning Religion, Race, and Asian Americans (University of Hawaii Press, 2020), and was author and co-editor of Teaching for Diversity and Social Justice 3rd edition (Routledge, 2015), one of the most widely-used books by diversity practitioners and social justice scholars alike. 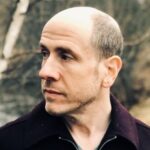 Jeff Sharlet is a journalist and bestselling author or editor of seven books. His most recent book, combining image and text, is This Brilliant Darkness: A Book of Strangers. He is the winner of the National Magazine Award for Reporting, the Molly Ivins Prize and the Outspoken Award, among others.