The field of Mormon Studies has grown exponentially in recent years, resulting in an explosion of scholarship and the creation of endowed chairs at several universities. In this episode, three leading scholars will discuss the state of the field, considering such questions as: How has Mormon Studies changed our understanding of American religion? Where does the historiography of the Church of Jesus Christ of Latter-day Saints stand in relation to the study of other Mormonisms? Is the term “Mormon” here to stay? How does scholars’ church affiliation (or lack thereof) affect their work? What are some major neglected areas in scholarship? 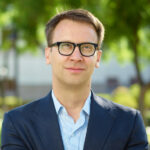 Matthew Bowman was appointed the Howard W. Hunter Chair of Mormon Studies, with a joint appointment in history and religion in 2019. He is a specialist in American religious history, with particular interests in Mormonism, new religious movements, and the development of the concept of “religion” in the United States. He teaches courses on North American religions and Mormonism in the department of religion, and on the history of the United States in the department of history. He is the author or co-editor of The Mormon People: The Making of an American Faith (Random House, 2012), Women and Mormonism: Historical and Contemporary Perspectives (University of Utah, 2016), and most recently Christian: The Politics of a Word in America (Harvard University Press, 2018). 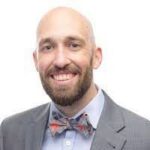 Benjamin Park studies the intersections between religion, culture, and politics in America, mostly during the eighteenth and nineteenth centuries and often within a broader Atlantic context. His first book, American Nationalisms: Conceiving Union in the Age of Revolutions, 1783-1833 (Cambridge University Press, 2018), examines how local contexts influenced ideas of nation and union during the fifty years following political independence. His newest book DNA Mormon: Perspectives on the Legacy of Historian D. Michael Quinn (Signature Books) is set to be released December 2022. 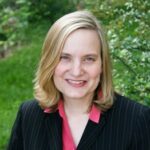 Since 2008, Jana Riess has been an editor in the publishing industry, primarily working in the areas of religion, history, popular culture, ethics, and biblical studies. From 1999 to 2008, she was the Religion Book Review Editor for Publishers Weekly, and continues to write freelance reviews for PW as well as other publications. She is a senior columnist for Religion News Service. She is the author or co-author of many books, including The Prayer Wheel; Flunking Sainthood; What Would Buffy Do?; Mormonism for Dummies; and The Writer’s Market Guide to Getting Published. Her book The Twible: All the Chapters of the Bible in 140 Characters or Less . . . . Now with 68% More Humor! won first place in the non-fiction category in the Writer’s Digest Annual Self-Published Book Awards. Her book newest book, The Next Mormons: The Rising Generation of Latter-day Saints was released in March 2019 from Oxford University Press. 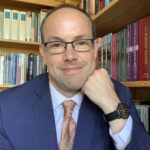 Peter J. Thuesen is Professor of Religious Studies, co-editor of Religion and American Culture: A Journal of Interpretation, and Director of Humanities Research in the Center for the Study of Religion and American Culture at IUPUI.  His latest book, Tornado God: American Religion and Violent Weather (Oxford, 2020), traces how religious views of weather and climate disasters have evolved from the colonial era to Donald Trump.  His other books include Predestination: The American Career of a Contentious Doctrine (Oxford, 2009), and In Discordance with the Scriptures: American Protestant Battles over Translating the Bible (Oxford, 1999).