At this time of planetary crisis and pandemic, it is critical to address questions about overlapping and multispecies injustice. This episode will interrogate issues about food accessibility and the frontline communities of climate change (human and non-human animal), specifically those who are the first to bear the brunt of environmental degradation and pandemics and the industries and policies most responsible for contributing to them. These panelists illuminate the ways that religious institutions are constructed and enacted in response to these evolving social and environmental conditions, especially as they pertain to animal, food, and racial justice; the histories of activist communities; and the work of diverse coalitions, including Black vegans, radical healthcare advocates, and animal rescue efforts, that imagine and enact forms of multispecies solidarity in the midst of society’s death-dealing structures. Join humanities and social science scholars for a conversation at the intersection of religion, animal rights, and food justice. 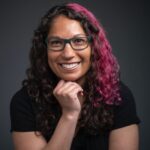 Andrea R. Jain, Ph.D. is professor of religious studies at Indiana University, Indianapolis and research affiliate at Indiana University’s Environmental Resilience Institute, editor of the Journal of the American Academy of Religion, and author of Selling Yoga: From Counterculture to Pop Culture (Oxford 2014) and Peace Love Yoga: The Politics of Global Spirituality (Oxford, 2020). She received her doctorate degree in religious studies from Rice University in 2010. Her areas of research include religion and capitalism; global spirituality and modern yoga; gender, sexuality, and religion; and theories of religion.

Jain’s current work, including the documentary film Predation, calls for humanities scholars to center questions about the current pandemic and planetary crisis. The purpose of humanities scholarship, Jain argues, should include the following: to remind scientists and health experts that equity must be at the center of their response to pandemic and planetary crisis; to uncover and analyze the needs for repair in the relationships between human societies and environmental bodies and non-human animals; and to diagnose capitalism’s death-dealing structures and the causes of ecological death in the hope that activists, in turn, can build on that scholarship to imagine radically different futures. 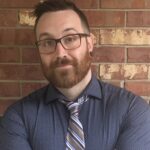 He has a PhD in Religious Studies from Indiana University, an MDiv from Princeton Theological Seminary, and an MTS from United Theological Seminary. Jonathan teaches in the Theology Department at Xavier University. Additionally, he is the Director of Adult Education at Covenant Presbyterian Church in Springboro, OH 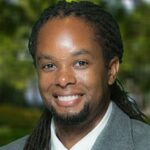 Christopher Carter’s teaching and research focuses on philosophical and theological ethics, Black and Womanist theological ethics, environmental ethics, and animals and religion. He approaches religious studies as a liberation ethicist committed to exploring how the moral economy of U.S. religious thought and culture impact the everyday lives of marginalized populations, particularly African American and Latino/a communities. He is active in the leadership of the American Academy of Religion where he serves as a steering committee member of both the Religion and Ecology and the Animals and Religion Group. Professor Carter is also a pastor within the United Methodist Church and currently serves as an assistant pastor at Pacific Beach United Methodist Church. 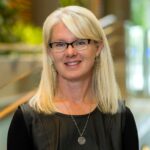 Lori G. Beaman, Professor and holder of the Canada Research Chair in Religious Diversity and Social Change, University of Ottawa

Lori G. Beaman is internationally recognized for three core intellectual innovations: 1) the concept of deep equality as an alternative to tolerance and accommodation in responding to religious diversity; 2) the identification of the transformation of majoritarian religion into culture and heritage; and 3) the illumination of an emerging ‘will to religion’ and its impact on the growing category of those who choose no religion. She previously directed the Religion and Diversity Project (2010-2017, religionanddiversity.ca) and is currently the Principal Investigator of the Nonreligion in a Complex Future (NCF) Project, a $2.5 million, 7-year Partnership Grant funded by the Social Sciences and Humanities Research Council and housed at the University of Ottawa.