RAAC IUPUI > Religion & Gender and Race in the 2020 Political Landscape

Religion & Gender and Race in the 2020 Political Landscape

100 years after the ratification of the 19th amendment and at this moment of racial reckoning, the American political climate is still dominated by the unequal representation of women, especially women of color, in local, state, and electoral politics. For the inaugural session of “Religion &”, we will explore the intersection of gender, race, politics, and the role of religion. Specifically, this panel will analyze the role that religious traditions play in sustaining or mitigating  new models of engagement, political formation, and social change. How do current works on the intersection of gender, race, religion, and political participation help us frame and anticipate this current electoral season? Furthermore, have our theoretical focus on certain groups, like white Evangelicals, and insistence on traditional constructions of topics, like climate change from the perspective of nation-states and the corporate elite, adversely impacted our ability to tell a compelling story of the American religious landscape and its resistances to the current moment? How might we tell a more comprehensive story of the American electorate and its relationship to gender, race, religion, and belonging? 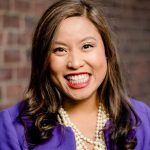 Melissa Borja is assistant professor in the Department of American Culture and core faculty member in the Asian/Pacific Islander American Studies Program at University of Michigan. Her book Follow the New Way: Hmong Refugee Resettlement and Practice of American Religious Pluralism” (Harvard) is forthcoming. 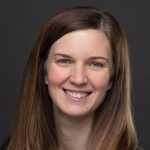 Grace Yukich is professor of Sociology at Quinnipiac University. She is the author of One Family Under God: Immigration Politics and Progressive Religion in America (Oxford) and co-editor of Religion Is Raced: Understanding American Religion in the 21st Century (NYU). 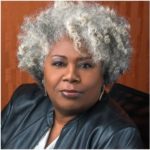 Anthea Butler is associate professor of Religious Studies at the University of Pennsylvania. She is the author of Women in the Church of God in Christ: Making A Sanctified World (UNC) and the forthcoming White Evangelical Racism: The Politics of Morality in America (UNC). 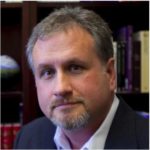 Philip Goff is Chancellor’s Professor of American Studies and Director of the Center for the Study of Religion and American Culture at Indiana University-Purdue University Indianapolis.