RAAC IUPUI > About > The Center for the Study of Religion & American Culture > Our Staff > Thomas J. Davis 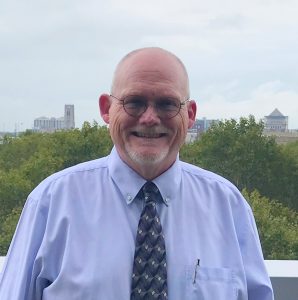 Thomas J. Davis is Professor of Religious Studies at IUPUI, where he has served as the Thomas H. Lake Scholar of Religion and Philanthropy, chair of the Religious Studies Department, Associate Dean for Academic Programs, and Dean. He has been associated with the Center for the Study of Religion and American Culture since 1989 (with a three-year hiatus from 2015-2018), when he was appointed the founding managing editor of Religion and American Culture: A Journal of Interpretation. His writings span a variety of genres, from academic works to memoirs/creative non-fiction to novels. His academic interests include the history and thought of the Protestant Reformation, images of John Calvin in American culture, and religion and philanthropy. His current work focuses on the writings of American novelist Marilynne Robinson.